Temporomandibular Joint Dysfunction Syndrome (TMJ) is a common condition affecting a wide variety of people. TMJ is characterized by severe headaches, jaw pain of varying degrees, grinding teeth, and an intermittent ringing in the ears. The vast majority of TMJ sufferers are unaware that the root cause of these problems is something that a dentist can effectively treat. The symptoms of TMJ are debilitating and can greatly interfere with every day life. The comfort and general well being of the patient is at the heart of the dental practice, so pain relief is the first consideration of the dentist. The dentist is able to test, diagnose, and devise an immediate plan to treat the underlying causes of the TMJ disorder. 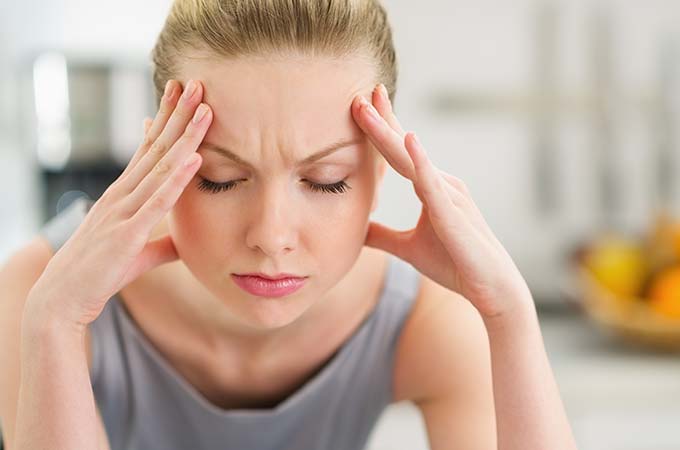 TMJ is characterized by severe headaches, jaw pain of varying degrees, grinding teeth, and an intermittent ringing in the ears. The vast majority of TMJ sufferers are unaware that the root cause of these problems is something that a dentist can effectively treat.

The most common cause of jaw pain is due to an injury or abnormality affecting the joint hinging your jaw, called the temporomandibular joint. It’s a problem called temporomandibular joint disorder or TMD or TMJ and is estimated to affect nearly 10 million people in the United States alone.
Several different things can cause TMJ as it can be due to the muscles controlling jaw movement becoming painful, or because of injury to the jaw joint. Excessively stimulating the jaw joint can cause jaw pain, and sometimes the disc that helps to cushion jaw movements becomes displaced or damaged. This disc can also become affected by arthritis.
Your jaw joint or the muscles controlling your jaws can be damaged because of several factors, the most common of which is teeth grinding and clenching, a problem called bruxism. It’s a mainly nocturnal habit where people will clench or grind their teeth during sleep, irritating and inflaming the jaw joint and facial muscles and causing a great deal of damage to teeth, jaws, and gums. It’s an issue that can be brought on by stress and anxiety. Any form of trauma to the jaw joint, for example, an unexpected blow to the face while playing sports can also damage these joints.

What Are the Symptoms of TMJ?

Symptoms can vary greatly depending on the severity of your TMJ. Most commonly, it causes pain in the head or neck area, and jaw pain can limit jaw movement. The muscles that operate your jaw joints can feel stiff, or the jaw could become locked in place. When you do open and close your mouth, you may notice your jaw joints make a clicking or popping sound. It’s also possible for the jaw to shift position slightly, changing the way your teeth bite or occlude together.

How Is TMJ Diagnosed?

There is no definitive test for TMJ, but our dentist at dentistry Astoria, NY can gently examine your jaws and your teeth and can soon tell if you have signs of this disorder. For example, if you have bruxism, it will almost certainly have caused some damage to your teeth. Your dentist can also gently feel your jaw joints to see if they are swollen or tender. Imaging tests that can help diagnose TMJ include digital dental x-rays of your jaw, and a cone beam CT scan provides detailed 3-D images of your jaws, making it easier to see any potential damage. An MRI of your jaw can help identify any structural problems with the jaws.

How Is TMJ Treated?

When treating TMJ, your Astoria dentist may recommend a combination of home remedies combined with professional dental care. One straightforward way to treat TMJ caused by bruxism is with a special bite guard or night splint. It’s a dental appliance designed to fit over your teeth, preventing your upper and lower teeth from biting together during sleep. It is a custom-made device that is comfortable to use, although it can take a few days to become accustomed to wearing it. A night splint helps reduce jaw tension and can help break the habit of teeth grinding and clenching.
Botox injections are also quite useful in helping to reduce muscle tension in the jaw joints, making it easier to relax your jaw during the day and sleep. Otherwise, your dentist may prescribe muscle relaxing medications or medications to help reduce swelling in the jaw joints. If your bruxism is stress-related, you could benefit from behavioral therapy to help reduce stress levels. Problems caused by a poor bite or occlusion may require other forms of dental treatment to realign your teeth and improve your bite. Surgery is rarely needed for TMJ, but sometimes in severe cases, it’s necessary to replace the joint or to clean out the area around the jaw joint.

Other Possible Causes of Jaw Pain

There are other less common causes of jaw pain as sinus problems can cause it. Your sinuses are air-filled cavities that are located quite close to the jaw joints, and if they become infected, they become filled with mucus that places pressure on the temporomandibular joints, causing pain. A severely infected tooth that has become abscessed can cause severe pain that radiates out toward the jaw. Your dentist can diagnose these and other problems and recommend the most suitable TMJ treatment at Astoria dentistry clinic.

Anyone who has ever experienced jaw pain will know it is quite debilitating, affecting your ability to speak and eat comfortably. It’s a problem that can be caused by several different things. Our dental specialists at Precision Dental NYC can identify the reason for jaw pain and determine if it is a problem with your jaws or is due to another cause. For more information or to schedule an appointment, contact our dental clinic.